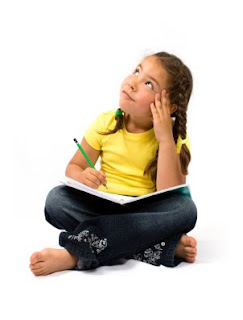 We've been told for years that the more active parents are in their student's academics the better the student will do in school. Is this true?

It seems reasonable to me, but now there is research to substantiate this statement. The Harvard Family Research Project studied 77 projects with over 300,000 students in grades K-12.

Here are some of their findings:

The results of the meta-analysis indicate that parental involvement is associated with higher student achievement outcomes. These findings emerged consistently whether the outcome measures were grades, standardized test scores, or a variety of other measures, including teacher ratings. This trend holds not only for parental involvement overall but for most components of parental involvement that were examined in the meta-analysis. Moreover, the pattern holds not only for the overall student population but for minority students as well. For the overall population of students, on average, the achievement scores of children with highly involved parents was higher than children with less involved parents. This academic advantage for those parents who were highly involved in their education averaged about .5– .6 of a standard deviation for overall educational outcomes, grades, and academic achievement. In other words, the academic achievement score distribution or range of scores for children whose parents were highly involved in their education was substantially higher than that of their counterparts whose parents were less involved

2. What is the particular influence of specific aspects of parental involvement?

3. Which aspect of parental involvement has the greatest impact on academic achievement?

4. Do the effects of parental involvement hold for racial minority children?

The results for studies examining 100% minority students and mostly minority students were also close to about .5 of a standard deviation. The effects of parental involvement tended to be larger for African American and Latino children than they were for Asian American children. However, the effect sizes were statistically significant for all three of these minority groups. The results highlight the consistency of the impact of parental involvement across racial and ethnic groups.

The results indicate that, on average, parental involvement programs work. As expected, the influence of these programs is not as large as the impact of parental involvement as a whole. This is because parents already enthusiastic about supporting the educational progress of their children will, on average, tend to help their children more than parents whose participation is fostered by the presence of a particular program.


You can learn more about The Harvard Family Research Project at http://www.hfrp.org/.
Posted by Victoria at 10:16 AM

How long does your student usually work with a tutor?